Thanks to Biden, the Feds Could Soon Violate the 5th Amendment Using the Endangered Species Act

The Biden administration’s endangered species policy seems to be one of “back to the future,” reimposing regulations and rules that existed prior to the Trump administration that did little to actually help species recover but did a lot to harm property owners.

The 1973 Endangered Species Act has been a costly fiasco. It has failed to protect or help revive species at risk of extinction. Thousands of plant and animal species have been classified as endangered or threatened under the ESA. Federal, state and local governments, as well as private individuals, have spent billions to help endangered and threatened species recover.

Little-recognized harms due to the ESA include Americans being prevented from pursuing economic activities such as building houses, farming, logging or anything else that could potentially impact animal habitats. Additionally, road improvements, hospital construction and other necessary public infrastructure projects have experienced dramatic price spikes, unnecessary delays or even complete termination.

Despite these high costs, only a few dozen species have been removed from the Endangered Species List. Sadly, the vast majority of these species were not delisted because of species recovery, but because (in typical Washington, D.C., fashion) they were either listed in error in the first place or they were already extinct before they were even considered for listing.

Few, if any, species removed from the Endangered Species List have recovered primarily due to ESA protections.

More than 75 percent of listed species depend on private land for either all or part of their habitat. However, if people provide suitable habitat for an endangered species, their land becomes subject to severe regulation and outright confiscation.

Although the Trump administration did not address the ESA’s core problem of the perverse incentives it creates for property owners to avoid helping endangered species flourish, the Department of the Interior, under Trump, made several regulatory changes to improve the recovery rate under the ESA by focusing scarce resources where they were needed most.

One reform DOI made under Trump was to revise regulations designating critical habitats for species recovery. Trump reinstated a requirement that officials review currently occupied areas before uninhabited or previously inhabited areas. The Obama administration changed the habitat rule to impose equally stringent restrictions on privately owned potential habitats that did not contain any endangered species, and often couldn’t in their present state provide habitat for species, like those on occupied habitats.

Do you think the Endangered Species Act has been a debacle?

The second provision was meant to ensure that a particular Supreme Court ruling was followed, specifically, that any area declared critical habitat actually be viable habitat.

A second reform instituted under Trump aimed at focusing scarce agency resources on recovering species most at risk of disappearing in the near term.

This resulted in resources being diverted from protecting species at near-term risk of extirpation to issuing regulations and enforcing restrictions for species not presently at risk of decline or extinction.

In addition, under Trump, DOI implemented a policy intended to improve the transparency, integrity and quality of the science the agencies under its control use to make decisions. It required agencies to only use scientific studies or findings in which underlying data are publicly available and reproducible, with few exceptions.

Under this rule, the science used to list a species as endangered, and thus require legal protection, would have to be transparent and reproducible, lessening the opportunity for federal bureaucrats and interested parties to use the ESA to exert otherwise illegal land-use controls under the guise of protecting species that aren’t, in fact, endangered.

Sadly, the Biden administration has announced plans to rescind or rewrite these regulations and others implemented by Trump.

DOI’s rule changes under Trump didn’t, as the Biden administration claims, gut the ESA or lead to the demise of any endangered (or threatened) species. Yet they did lessen the power of the federal government. That’s something Biden and his ilk cannot tolerate.

Before the Trump administration, the ESA was used as a cudgel by federal bureaucrats to control private and state property without paying for the privilege as required by the Fifth Amendment. This is one “back to the future” tale that will not end happily. Biden’s ESA plans are bad for species and adverse for Americans. They are policies only a socialist could love. 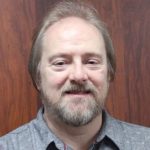 Kamala Harris Announces Hurricane Relief Must Be ‘Based on Equity’; Then DeSantis Administration Posts the Facts