Op-Ed: Roe Isn’t the Only SCOTUS Decision That Needs to Be Overturned – Obergefell Should Go Too

Previous articleHero Dog Leads Rescuers to Mother with Dementia Who Was Lost in Woods for Three Days
Next articleOp-Ed: If God Judged Ancient Nations for Sacrificing Children, What Will He Do to Us Who Sacrifice So Many More?

The late Justice Antonin Scalia would agree with this winning syllogism: Roe was wrongly decided. Obergefell was based on the same faulty rationale. Therefore, Obergefell should be overturned.

The supposed right to an abortion was built on the right to privacy asserted in Griswold v. Connecticut (1965). Roe v. Wade (1973) parleyed Griswold’s right to privacy and held that there is a substantive right to abortion, supposedly embedded in the 14th Amendment’s Due Process Clause.

The supposed right to same-sex marriage was built on four Supreme Court cases.

First, there was Bowers v. Hardwick (1986) and the question of whether the Constitution confers a fundamental right on homosexuals to engage in sodomy, as prohibited by a Georgia statute. The court correctly held there is no such right, calling the assertion “facetious.”

In Lawrence v. Texas (2003), the issue was the same as in Bowers. This time, as if truth had turned on a dime, the majority pretended that since they framed a greater right (marriage) than that framed in Bowers (sodomy), somehow more language had magically appeared in the Constitution justifying that greater right, even though there is nothing in the Constitution’s text justifying even that which was asserted in Bowers.

Then, in United States v. Windsor (2013), the court held that a federal statute that prohibited federal acknowledgment of any state-sanctioned same-sex marriage violated the Fifth Amendment’s Due Process Clause. Amazingly, the court suddenly wanted states to decide the same-sex marriage issue.

Should Obergefell be overturned?

Finally, in 2015, the Supreme Court decided the same-sex marriage capstone case Obergefell v. Hodges, a fait accompli. The court relied on the Due Process and Equal Protection clauses in justifying its decision.

The Constitution is a short document; there is nothing in it about most things, let alone marriage or abortion. When Supreme Court justices must determine if a right exists, they have to look to someone. So it is not controversial to say that the Supreme Court ought to be looking to God for the answers to legal questions.

It has been said, “Show me the man and I will show you the crime.” The administrative state can bend the facts or their thousands of laws to make someone look guilty. But with Roe and Obergefell, it was, “Show me the liberal grievance and I will show you the clause.” The farther the Supreme Court (in concert with the administrative state) takes us from the constitutional text, the deeper the shadows we live in, making America a darker and darker place.

Roe and Obergefell are not shields for the downtrodden; rather, they are swords against Christianity, against decency, respect and truth, against the Constitution, which is a conservative document the left abhors.

Furthermore, to say that same-sex marriages deserve equal protection as biblical marriages is assuming the very thing to be proved. Besides, fundamental rights come from God. To say otherwise is foolish, because if there is no transcendent anchor to reality, tethering rights to something absolute, then there is nothing absolute about a right. In short, if there is no God then there are no rights, for “rights” would be alienable. What the civil government giveth the civil government can take away.

Without any express constitutional authority granted to the federal government to be involved in abortion and marriage, they are at best 10th Amendment issues.

Obergefell is my generation’s Roe, and people like me have taken to the long game in promoting Christian education, which will one day eliminate the supposed rights to abortion and same-sex marriage. But overturning Obergefell will be more difficult than overturning Roe.

You can see, hear and feel a baby, even in the womb (and in modern times even before “quickening”). Same-sex marriage is easy to argue against biblically, but because it does not involve the death of unborn babies, it is harder to see how it is sinful.

Yet the Bible does implicitly teach that two wrongs do not make a right. Anywhere man tries to solve his sin problem with a sin solution, the outcome will not be fruitful. Abortion does not solve any sin problems; neither does same-sex marriage. 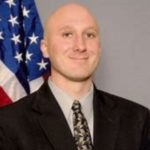 Kevin R. Novak is a Texas and Virginia attorney and president of Deconstructing the Coliseum, which promotes the abolition of the civil government school system.