Op-Ed: I Did Some Research on the Democratic Party – And Then I Walked Away

Previous articleTrump: Russia’s Sanctions on Biden Family Are a Reminder Hunter Got $3.5 Million From Moscow Mayor’s Wife
Next articleDonaldson: They ‘Murder Us and Sell Our Body Parts’ – My Time at the Ukraine Border

My dad, a party-line FDR Democrat, told me one evening way back in 1976 that the only difference between the right and the left as far as Jews are concerned is that the right will kick the Jews in the teeth while the left will use the Jews first and then kick them in the teeth.

And now — 45 years later — it occurs to me that perhaps those of us who might deny the existence of systemic racism should not simply accept the unqualified success of Democratic efforts in recent decades to establish it as the default lingua franca of every major American institution, public and private alike. Unwilling and ill-equipped to survive without the historical DNA of their political power intact, the masters of slavery and the architects of Jim Crow segregation have simply repackaged it instead.

Credit where credit is due, however. For the party of systemic racism to rebrand themselves as the sworn enemies of systemic racism and — even more incredibly — as the true custodians of racial justice is downright Machiavellian (not to mention Orwellian) in its brilliance, guile and audacity.

Before you dismiss the above observation as hyperbole, consider this: Nowhere is the success of Democratic Party rebranding efforts more evident than in the sudden and seemingly harmless shift from equality to equity as the driving meme of institutional America.

While the linguistic sleight of hand that hides and otherwise facilitates the near-total replacement of equality with equity in common discourse may seem innocent and insignificant enough, the difference between the two concepts couldn’t be more calculated or profound.

Equality — as embraced and preached by the civil rights movement of the 1950s and ’60s — is about individual freedom and opportunity.

Where equality demands and requires procedural fairness of the precise sort codified in the Bill of Rights and the Constitution, the racial essentialism of equity demands the opposite: the obliteration of procedural fairness. Where equality assumes justice and justice demands equality, equity assumes and demands neither. Equity abandons equality and justice to the collective dystopian whims of a highly commercial and immensely profitable form of corporate frontier law better known these days as social justice.

But social justice — like racial justice, environmental justice or any other form of justice that requires a modifier — is in fact just the digital version of good old-fashioned mob justice. Equity is the polar opposite of equality and the calling card of progressive fascism.

“We need to open the promise of America to every American. And that means we need to make the issue of racial equity not just an issue for any one department of government; it has to be the business of the whole of government.” — President Joe Biden

“Fascism should more appropriately be called corporatism because it is a merger of state and corporate power.” — Benito Mussolini

Not to gild the lily, but maybe we should excuse the ghosts of Bull Connor and Orvul Faubus for feeling nostalgic (and maybe a little envious) as they watch equity emerge as the most successful manifestation of Democratic Party systemic racism to date. For Bull and Orvul, equity would represent not only a perfectly viable extension of a reliable and historically proven means to an end, but an ideal institutional currency and corporate media dog whistle as well.

As with Democratic Party responses to all other items high on the elitist agenda of culture war issues — items like systemic racism, global warming, gender identity, abortion and coronavirus mandates — equity is designed as yet another Trojan horse to deflect attention away from the real objective: the relentless prosecution of an undeclared yet already protracted class war against poor and middle-class people of all colors worldwide.

It ain’t about race, folks. And it ain’t about global warming, gender identity or vaccine mandates, either. It’s about class. 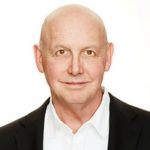 A media pioneer with digital roots dating back to 1984, Jeff Einstein rebranded himself as the “Digital Apostate” in the early 21st century, when he first started writing and speaking about what he describes as our national “meta-addiction to all things media and all things digital.” What happens to our time and money and freedom, he asks, once addiction emerges as the rule rather than the exception? He lives now in sunny Delray Beach, Florida, with his better 75 percent and a demented old cat. His most recent videos can be found on Substack (Jeff Einstein 2.0), and he performs standup comedy on the odd occasion he finds himself awake past 9 p.m.