Op-Ed: Conservatives Can’t Compromise with Evil for Fear of Polarization When was the last time you heard someone say America is too polarized?

They might add that we’ll have a completely divided nation at the rate things are going. Instead of the United States of America, we will be the divided states of America.

The presumption of the aforementioned is that polarization is bad, not good. But what if the opposite were true?

To better understand our constitutional republic, we have to go back to the founding of our nation and the original Puritan settlers who preceded our government. Essentially, we were people seeking freedom and the right to be guided by our conscious and our God, without Big Brother watching over (or unduly taxing) us.

Bluntly put, those principles were conservative. Our forefathers opposed King George taxing us without giving us a vote, as it seemed reasonable that the fledgling colonists should have input in their pioneering lives. Moreover, they didn’t want to bow to a state religion. Our great-grandparents essentially wanted to love their neighbors as themselves and be left alone to prosper or fail.

Today, we have it far worse than under King George. Unlike many of our current control-freak leaders, George largely left us alone from his throne, thousands of miles away. Instead, today we have thousands of politicians and bureaucrats named George, Joe and Joan breathing down our necks, scheming and dreaming up new ways to pick our pockets and control our lives further. It’s a heavy yoke called “woke.”

The woke monster demands complete blind acceptance of everything from the junk science of global warming to transgender surgery to new and expanded ways to prevent and end pregnancies to accelerate the extermination of the human race.

So rather than trying to avoid polarization, we should embrace it. We should embrace the 10 moral guidelines for living handed down by Moses and shun the “morals” being force-fed to us by our misguided leaders. After all, goodness should be polarized from evil. Otherwise, it’s all gray Laodicean laxness with no morals or absolutes.

So, yes, we need to stay polarized for good. We need to keep faithful to our wives; we need to tell the truth and not steal, murder or covet. Politicians, in particular, need to stop coveting what we have. We need to remember we have a divine Creator and, out of respect for him, treat others the way we want to be treated.

We must stay polarized against all efforts to enshrine positions opposed to the time-tested big 10. A civilization can’t be civilized without such moral governance.

Wokeness is suicide. Anyone pushing a woke agenda is pushing for the death and extermination of what we cherish. So don’t fall for wokeness — now or ever. Indeed, do not buy the big lie that all polarization is bad. On the contrary, polarization for preserving what is good and productive is a good thing.

Put simply, if someone were to hand you a cup full of poison, would you be polarized against it? Or would you, out of fear of appearing polarized, compromise and drink half a glass or even one deadly drop?

Conservatism is simply embracing what is right and being polarized against wrongheaded wokeness — including the massacre of the English language, as embodied by the very word “woke.”

We stand at the crossroads. We must choose blessings or curses, awakeness or wokeness.

Will we heed the clarion call to stand up against woke wackiness? Or will we continue to buy the big lies foisted upon us by big media, Big Tech and morally bankrupt opinion leaders? The choice is ours.

We can be free-thinking conservatives embracing moral governance. Or we can join the party of collectivist woke lemmings diving off cliffs into the saucepan of socialism, eradicating all that is good and free. 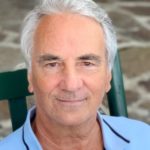 Jerry McGlothlin is CEO of Special Guests, a publicity agency that has booked guests ranging from Ed McMahon to Princess Fergie on radio and television talk shows including “Oprah,” “The Today Show,” “Good Morning America” and “The Tonight Show with Jay Leno.” A freelance writer, Jerry’s articles have been published in newspapers including USA Today, Israel National News and the Chicago Tribune and have been featured as the topic of articles in newspapers including The Washington Post and The New York Times.