Op-Ed: 1 Little Law in All 50 States Will Be a Game-Changer When Roe v. Wade Falls

Previous articlePriceless Video Shows MSNBC React as They Realize Musk Could Do to Leftists in 2024 What Leftists Did to Us in 2020 – Unseat a President
Next article‘WJ Live’: Tim Allen Celebrates Twitter Freedom with 3 Words Twitter Hated Until Yesterday

When the Supreme Court reverses Roe v. Wade this summer, what will happen in America?

First of all, no woman in any state will have to raise a child she does not want or cannot parent. How can this be? Because of the new “major change in circumstances” called the Safe Haven laws in all 50 states. Under the law of judicial precedent, one of the reasons the Supreme Court can overturn its prior decisions is if there has been a major change in circumstances.

Only a dozen or so states would ban abortion immediately if Roe v. Wade were reversed. But in all 50 states, a woman can voluntarily and safely surrender her unharmed baby to a designated place, usually a hospital or fire station within a designated time after birth, with no questions asked, no legal procedure and no cost (unlike abortion), and be free of all parental obligations.

In exchange for a release from 18 years of parenting expenses and burdens — if that is how the mother views it — the state is now only asking her to bear some months of pregnancy and not kill her child.

Why? Because it is time to stop the killing of infant life which the Supreme Court has admitted is present at the moment of abortion.

If Roe is reversed, the attorneys general or Child Protective Services in all the states banning or restricting abortion need to immediately announce to women, “Do not be discouraged. We are here to help you. If you are too poor to take care of a child, we will pay for your prenatal medical bills and your delivery services. We can provide you with other assistance if you want to keep your child.”

No woman should have an abortion because she feels trapped. There are over 3,000 free social service agencies available privately in all 50 states willing to help, such as Option Line.

Safe Haven laws mean that if you cannot or do not want to parent a child, you don’t have to. The only option that is being removed from the table is killing the child in the womb. So as a society we are saying, “Don’t kill the child. Don’t hurt yourself. Let us help you.”

What will happen to those children? There are 2 million couples in the U.S. waiting to adopt. CPS in every state that bans abortion should immediately compile a list of all the approved and carefully vetted parents with adoption agencies who are waiting to adopt a child. When a new baby comes in, the infant can be transferred within a day or two to the child’s forever family.

I represent thousands and thousands of women who have been injured by abortion. Even the Supreme Court has admitted since 1992 that abortion causes “devastating psychological consequences.” You cannot kill a child without severe emotional consequences, no matter how deep one tries to suppress them.

Women hurt by abortion want to help other women rather than telling them to kill their children so none of us have to be bothered. 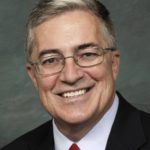 Allan Parker, president of The Justice Foundation, is a former professor of law at St. Mary’s University in San Antonio, Texas. Parker represented Norma McCorvey, formerly “Roe” of Roe v. Wade, and Sandra Cano, the “Doe” of Doe v. Bolton, in their efforts to overturn the two landmark cases that brought legalized abortion on demand to America. He was a visiting professor at the University of Texas and studied at the International Human Rights Institute in Strasbourg, France. He taught at the St. Mary’s Institute on World Legal Problems in Innsbruck, Austria, in 1992.